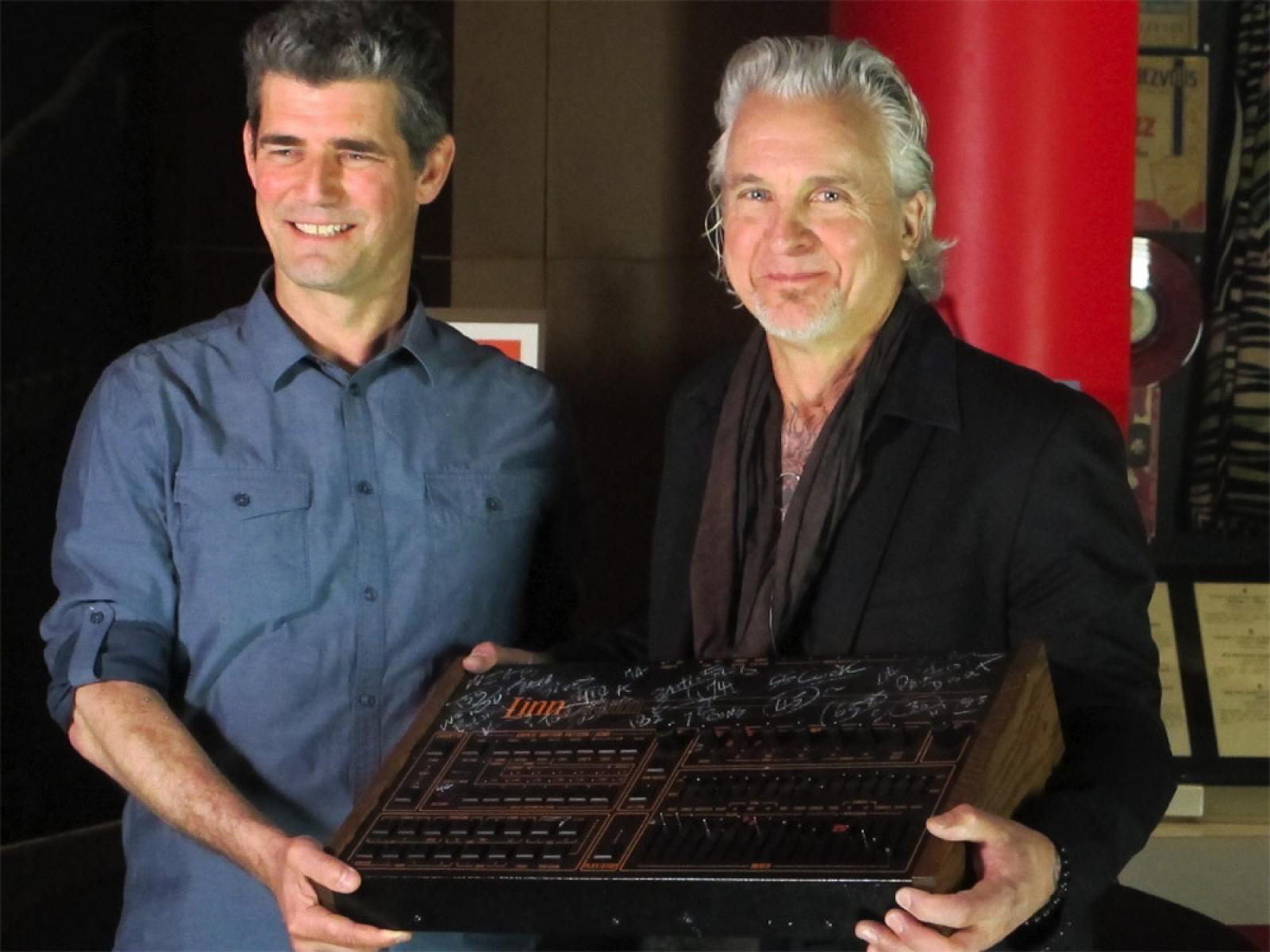 This morning, Cleveland-born guitarist/producer Neil “Spyder” Giraldo loaned his Linn Drum Machine (c. 1983), the electronic instrument used in the recording of his wife Pat Benatar’s hit tune “Love is a Battlefield,” to the Rock Hall’s Cleveland Rocks exhibit. He used the instrument to change the song from a ballad to a rock anthem. He also used the instrument to record tracks such as “We Belong” and “Painted Desert.” “I made a lot of songs on this instrument,” said Giraldo as he presented it to Rock Hall President and CEO Greg Harris. “I scribbled notes on the instrument, which you can still see. I left the scribbles on it. When it first came out, it was a way to have a drummer in a box, so you could write songs with a rhythm section. It worked really well. It’s a crazy box. Those songs are all still in there.” “We’re thrilled to have it as part of the Northeast Ohio exhibit,” said Harris. “It joins items from Devo and from the Pretenders and from the Raspberries to tell that story about music from Northeast Ohio.”  In town for a performance at the Hard Rock Rocksino’s Hard Rock Live, Giraldo, who grew up playing Italian songs when he was a kid, also recounted seeing the Who play in Northeast Ohio when he was 13 years old.  "When I saw the Who play, I came home and said, 'Wait, you can turn an amp up all the way?'" he recalled, citing it as an inspirational moment in his career. In addition, Giraldo met with his former Cleveland bandmates yesterday, reconnecting with guys he hadn’t seen in 30 years.